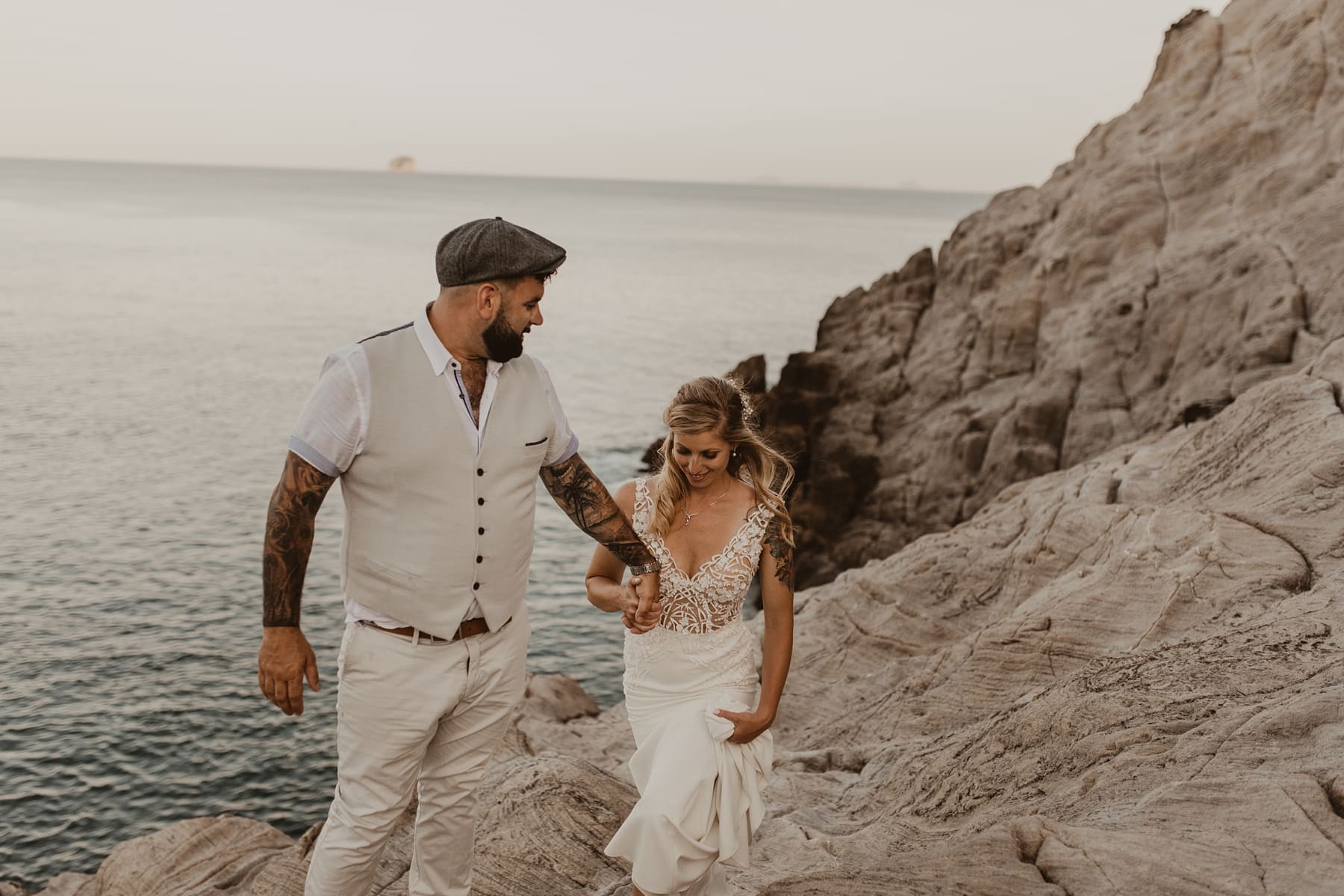 Let’s cast our minds back to 2020, a year ago today to be exact, to this stunning wedding in New Zealand. Stuart and Nadine held their celebration at the Orua Beach House on the Coromadel Peninsula.

The whole weekend was amazing from start to finish, all their friends and family traveled from all over the globe to meet at this beautiful corner of the North Island. Nadine and her family are from Canada and Stuart from a little village near me, in Shropshire! Travelling brought these two together and they now call New Zealand their home with their two labradors, Bonkers & Dixie.

Here are some highlights from their day, enjoy.

Maria & Rory’s sunny wedding at Nant Gwrtheyrn is proof that it doesn’t always rain in Wales, instead they were blessed with the most gorgeous sunset! They held their intimate ceremony in the chapel on site and celebrated overlooking the bay.

Maria’s unique, sequin dress is from Chi Chi London, complimented perfectly with a pair of glittery Jimmy Choo heels. The stunning florals are the work of Green Wheat & Fika and finally a big mention to the venue, Nant Gwrtheyrn, situated on the northern coast of the Llyn Peninsula in North Wales. It was the first time I had visited and I can’t stress how pretty, relaxing and practical the whole day was. Chapel on the hill for your ceremony, cottages for all your guests and the most amazing scenery.

The blank canvas gave Maria and Rory the opportunity to decorate the venue just as they wanted. They chose a simple set up with foliage, wild flowers and a delicate white chocolate cake from M&S.

Let’s take a peek and brighten up our week so far!

These beautiful blooms were created by

I also have a LOVE for travel and an excitment for adventure. Seeing and experiencing new things gives me such a buzz and i’m always itching to jump on the next flight! Morocco certain fed my travel bug, full of colour and culture. We landed in Marrakech at dusk, the busiest and most vibrant time to hit the main square, Jemaa el-Fnaa. We stayed in the old city at Riad Ba Sidi, highly recommended if your looking for somewhere right in the centre with the space to relax away from the hustle and bustle. Stepping straight out into the warren of soulks and busy market atmosphere was an experience in itself along with the snake charmers, musicians, entertainers, hena, monkeys and street food.

We then ventured out for a 3 day tour away from the Medina. firstly we rode across the Tizi N’ Tichka Mountain pass, the highest one in North Africa onwards to Ourrzazate. An old fortified Moroccan city, that has gained it’s more modern name of ‘hollywood of Morocco’. A few hours later we reached Skoura, a quaint little town where we spent some more time soaking up the culture.

A highlight during our tour was visiting Todgha Gorger a grand limestone river canyon in the Eastern part of the High Atlas Mountains. I still can’t understand why the goats had so much black hair though? I was MELTING!

The by far best experience was arriving at Merzouga and camping in the Sahara desert. We traveled to the camp via camel and obviously stopped to witness the sunsetting over the golden sands. Berber drums under the stars and a feast with fellow desert campers. An early start to our third day, hopping back on the camels to catch the sunrise. Another spectacular view! P.S I named my camel Kevin, he didn’t have a name.